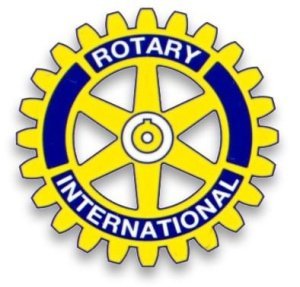 Rotary International is an international service organization whose stated purpose is to bring together business and professional leaders in order to provide humanitarian services, encourage high ethical standards in all vocations, and help build goodwill and peace in the world. It is a secular organization open to all persons regardless of race, color, creed, religion, gender, or political preference. The organization’s dedication to this ideal is best expressed in its motto: Service Above Self.

Paul P. Harris, a Chicago attorney, is credited as the founder of what we now know as Rotary. Harris wanted to create a professional group in the city of Chicago with the same friendly spirit he felt in the small towns of his youth.

On February 23 1905, Harris and fellow businessmen Gustavus Loehr, Silvester Schiele, and Hiram Shorey gathered at Loehr’s office in Room 711 of the Unity Building in downtown Chicago. This was to be the first official club meeting. They decided to call this new club “Rotary” after the practice of rotating meeting locations.

Within five years, Rotary clubs had formed across the country, from San Francisco to New York. As Rotary grew, members pooled their resources and used their talents to serve their communities.

The Rotary Foundation is a not-for-profit corporation that supports the efforts of Rotary International to achieve world understanding and peace through international humanitarian, educational, and cultural exchange programs. It is supported solely by voluntary contributions from Rotarians and friends of the Foundation who share its vision of a better world.

The Foundation was created in 1917 by Rotary International’s sixth president, Arch C. Klumph, as an endowment fund for Rotary “to do good in the world.” It has grown from an initial contribution of US$26.50 only to more than US$55 million. It is one of the largest and most prestigious international fellowship programs in the world.[/vc_column_text][/vc_column][/vc_row]

Seaside Rotary's mission is to improve the daily life and prospects of the children of Playa del Carmen, and our service area, the municipality of Solidaridad. The club activities focus on fundraising and volunteer support for well-established, local, charitable organizations that have proven a direct, measurable and positive impact on children and families in our service area.